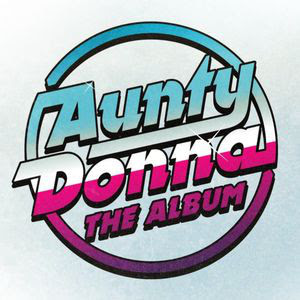 From the above album, for your consideration, "Professor Whiskers" (note: you have to stick with it a minute!):


Australian absurdist comedy collective Aunty Donna could get a WDYLI? Record Of The Week nod for this demented track alone but the rest of their debut album, The Album, is pretty great too, full of lots more sick, silly, WTF? humor. Surreal, sometimes a bit juvenile, very funny stuff. Really funny stuff that walks that fine line right next to stupid and kind of dares you to laugh. And they do a good job with the music side of it too, with techno pastiche, rap parody, and the Sparks-y bits in tracks like "Professor Whiskers." (Watch out, we know from experience that it can get stuck in your head.)

If this had come out back when aQuarius was around, we know it would have been played to death in the store and we'd have been forced to make it a ROTW by default (such albums as Great Phone Calls and Tenacious D's debut were ROTW's at aQ back in the day, after all).

The Album comes out this Friday, but we're not sure that the physical cd release will be available in the States then, maybe just as an import?
Posted by horrox